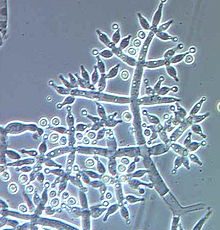 Bio Plant Booster is naturally rich in Trichoderma sp. (1×108) fungi, whose presence in the soil is desirable because it protects the soil from pathogenic fungi that attack the root system of plants such as Phytium, Phytophtora, Rhizocotina, Verticilium and Fusarium.

Due to the wide spectrum of effective properties, in the fight against pathogenic microorganisms, Trichoderma sp. is used as a bio fungicide in organic productions. Unlike many chemical agents used in pest control in agriculture, these fungi are harmless to both, the environment and to humans. After years of chemical use in conventional agriculture, serious environmental pollution and soil poisoning have occurred, Trichoderma fungi’s rapid colonization in the soil will help restore the balance where biodiversity is disrupted. Its enzymes and secondary metabolites have the ability to break down the cell wall of pathogens, leading to their death, thus preventing the attack of particular cultures. They compete for nutrients through processes such as mycoparasism, hyperparathythism, and antibiosis, that directly affects the stimulation of plant growth and the root development which increases resistance to attacks by harmful microorganisms. Trichoderma sp. creates biological stimuli, and hormones such as auxins, cytokines, giberellins, that promote plant growth resulting in greater harvests. 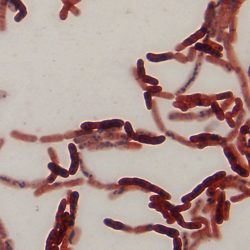 Besides Trichoderma sp. in our formulation, there is a large consentration of positive bacteria from the genus Bacillus, such as B. megaterium (12×108) and Bacillus sp. (2.3 x 108). Bacteria from this genus are primarily used in biological and conventional plant protection products.

The role of B. megaterium, both for the plant and the soil, is very diverse. B. Megaterium participates in the transformation of phosphorus and has the ability to fix nitrogen. It plays a significant part in the growth of hormones and vitamin B12 and serves as a biocatalyst. Its role on the soil and its positive effect on other bacteria in the soil ensure the steady supply of phosphorous to the plants. Bacteria from the genus Bacillus sp. synthesize a large number of secondary metabolites, boost the availability of nutrients to plants. Bacteria of the genus Bacillus sp. increase the harvest and growth of the crop. The Bacillus sp. Also performs soil sterilization. 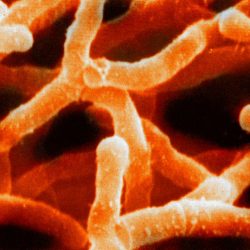 Actinomycetes (2 x 105) are present in abundant amounts in the natural composition of Agroboost Bio Plant Booster. These microorganisms supply the soil with nutrients and play an important role in the formation of humus. They are essential for their effects on the soil structure and fertility. These types of bacteria influence the healthy growth of the root zone. 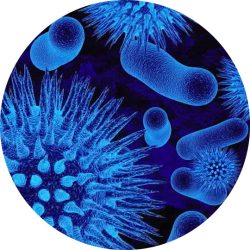 Applying Agroboost Bio Plant Booster to the soil, the number of positive cultures of microorganisms is increased, enabling better nutrition uptake by plants resulting in better and earlier harvests.

The presence of 40% organic carbon indicates a tremendous potential for decomposition of organic matter in the soil. The ideal C:N ratio for amonification is 20-25:1. Under these conditions, nitrogen is released and it’s taken up by the plant. Combined with the importance of nitrogen utilization, carbon improves soil structure, reduces nitrogen leaching into groundwater, increases the number of useful microorganisms, and reduces the acidity of the soil. Adding carbon to the soil by applying natural Agroboost Bio Plant Booster, prevents soil degradation and promotes regeneration of contaminated soil with chemical fertilizers and pesticides. 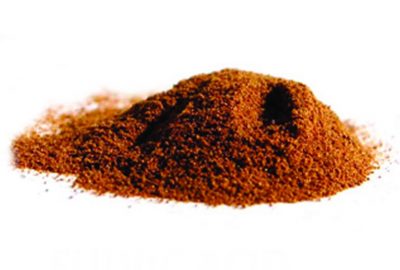 The concentration of beneficial microorganisms in Agroboost Bio Plant Booster is possible because of a high percentage of fulvic and humic acids (11%). In addition to the rich content of beneficial microorganisms that create highly functional microbiocenoses adapted to soil conditions, Agroboost Bio Plant Booster also contains 67% organic matter, that makes up the basis of a healthy soil, and it is the most important source of nutrients for plants.

Copyright © 2022 Agroland Limited. All Rights Reserved.
We use cookies to ensure that we give you the best experience on our website. If you continue to use this site we will assume that you are happy with it. Sounds Good

This website uses cookies to improve your experience while you navigate through the website. Out of these, the cookies that are categorized as necessary are stored on your browser as they are essential for the working of basic functionalities of the website. We also use third-party cookies that help us analyze and understand how you use this website. These cookies will be stored in your browser only with your consent. You also have the option to opt-out of these cookies. But opting out of some of these cookies may affect your browsing experience.
Necessary Always Enabled
Necessary cookies are absolutely essential for the website to function properly. This category only includes cookies that ensures basic functionalities and security features of the website. These cookies do not store any personal information.
Non-necessary
Any cookies that may not be particularly necessary for the website to function and is used specifically to collect user personal data via analytics, ads, other embedded contents are termed as non-necessary cookies. It is mandatory to procure user consent prior to running these cookies on your website.
SAVE & ACCEPT